As featured on BBC News

ShopSafe is recognized as one of the leading trustmarks in the industry - allowing retailers to prove best practice and give peace of mind to their customers. ShopSafe has been around since 1999 and is trusted by thousands of visitors every month. In 2003 ShopSafe won the Tees Valley Internet Award, sponsored by BT. 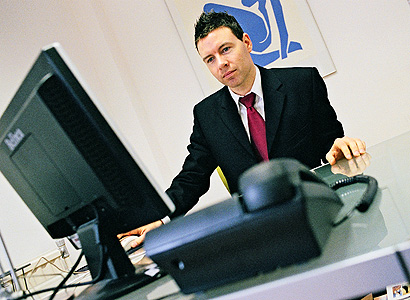 Graham Miller created www.shopsafe.co.uk in 1999, forging links with some of the biggest brand names in the UK.

Using a simple, yet effective design and concept Graham has attracted the likes of Marks and Spencer, Currys, Next and John Lewis to www.shopsafe.co.uk that now has over 380,000 visitors per month.

Graham's objective to make sure the customer is safe when shopping online, has led to the continued success for the firm which has continued to increase in both size and prominence.

Graham was joint founder of web design firm Edward Robertson Ltd in 1996, and has previous experience in working in online retail.

Graham sees his previous online shopping experience as vital in his role as ShopSafe's head shop reviewer. Graham has been interviewed by BBC Local Radio as well as appearing on BBC2's "Weekend 24" show. 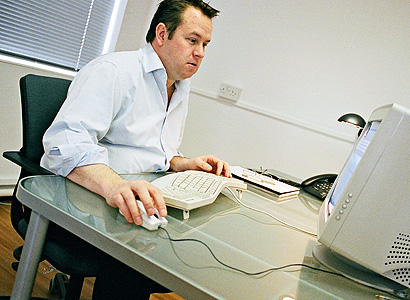 Simon Crisp is an expert in online media having co-founded www.shopsafe.co.uk in 1999 and web design agency Edward Robertson in 1996.

In the past 13 years, Simon has designed and built over 100 e-commerce websites for large and small companies, giving him a unique insight into e-commerce and the growth in internet activity. This has led to the development of the secure online website www.shopsafe.co.uk.

Simon is a regular speaker about e-commerce website usability and retail trends to SMEs, local government and government funded agencies. He studied at Dundee University before completing a Business Communications degree at Teesside University.

Simon is an experienced technology/business commentator having spoken on BBC and Commercial regional radio. He avoids "techno babble" and offers strong views and supported opinions on most aspects of the web activity and technology.

20 December 2012
Warning To Shoppers, Don't Get Caught Out In Festive Sales Bargain Hunting

17 April 2012
www.shopsafe.co.uk stresses the importance of social media in e-commerce to small businesses

07 January 2003
Safe Alternative to the Which? Web Trader Scheme

Amazing service. I needed a new printer with ...

Amazing service. I needed a new printer with working from home all the time and it was about time to ...

HW Audio is a store that is the personification of ...

HW Audio is a store that is the personification of doing 'what it says on the tin'. Their customer ...